Reasons to Upgrade your Electrical Panel

If an electrical system were to be compared to the body’s circulatory system, then the electrical panel would take the role of the heart, transmitting electricity throughout the home or office just as the heart circulates blood. This important organ is located inside the breaker, which in many homes is located in the basement, utility room or garage. The electrical panel appears like rows of switches whose function is to dole out power to smaller outlet lines. Just as a heart is prone to attacks by diseases causing it to fail, so is an electrical panel likely to develop issues that reduce its efficiency. Some symptoms of this ailm 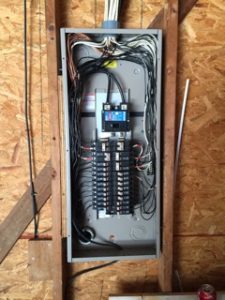 ent include flickering lights and outlets failing to handle more than one electrical appliance. At this state, the electrical panels often trip breakers or fail to do so. The latter can cause wires to melt, smoke or fire. This needs to be prevented by calling an electrician in your area  to get expert assistance.

The process of upgrading an electrical panel is called a “heavy up.” In a system working overtime, the upgrades enhance its capacity to hold more energy. Once you have a heavy up, you will realize a number of benefits that will improve your electrical service. The most obvious is improved electrical performance. The previously experienced symptoms — dim lights, frequent flickering or trips of a breaker for no apparent reason — all cease. This confirms that the problem has been solved and constant energy is flowing throughout your home.

In some countries, upgrading an electrical system is a legal necessity because older models do not work in accordance to the current statutes and codes. One might be forced to replace a panel if it uses fuses and other outdated equipment. Again, an older electrical panel poses a huge risk of overloading, hence limiting how much you can use it. It also could be a fire hazard, which is a danger to both your family and home. These hazards are eliminated as a heavy up increases the power levels of all the devices present in your residence.

Having a heavy up electrical upgrade gives a homeowner more expanding options in case one wants to have extra rooms or just more circuits in the house. Any form of remodeling would require more energy while still being careful not to add excessive electrical loads to the system. It is the duty of the electrician you choose to inform you about the electrical needs that come with a heavy up. Electricians from Aaron’s Electrical Service are trained and certified to give helpful options that are only best for you in achieving a safer and more efficient system.

Upgrading an electrical system is fundamental in saving future costs that would be incurred in repairing a broken electrical system or the damage that would have occurred in case of a fire caused by overloading. More importantly, it increases your home’s resale value.  A broken or old electrical panel may scare away potential buyers when they consider the cost that comes with replacing it.

When most electrical panels were being installed more than 40 years ago, most homes required service of 40 to 50 volts. However, as more innovations have come up, this average has risen to 240 volts that is now the standard. This means that if you upgrade your service panel, you can now increase the number of outlets present in your house. Additionally, it can reduce your homeowner’s insurance bill because those who receive an upgrade stand a chance of getting a discount.

Need an electrical panel upgrade?  Give us a call!

Make it
possible with
financing!